Watch the video introduction below and then scroll down to see all 196 countries.

Xhilda Lapardhaja, known as ‘The girl who conquered Rome’ is an Albanian model and actress, currently working in Italy.

An Algerian boy wearing traditional cap and jacket in Algiers.

Charity is a lifestyle blogger from the tiny island of Antigua. When not blogging, she is working on finishing a Bachelors of Science degree in Nutrition and Dietics.

An Argentinian girl smiles for the camera in Plaza De Mayo (Buenos Aires).

2 Armenian iron workers in their van.

A man poses with his fruit sculpture in The Bahamas.

Two young cousins smile in a field in Bahrain.

A woman smiles with her baby son in Ouidah, Benin.

The king and queen of Bhutan.

A Bolivian boy on Isla del Sol of Lake Titicaca.

2 young women stop for a photo on the streets of Bosnia.

A Kalahari bush baby in Botswana.

A reveler and a child street vendor pose for a photo during the Banda de Ipanema Carnival parade in Rio de Janeiro, Brazil.

Gypsy girls watching a performance during the international gypsy day in Bulgaria.

Young girl with a beautiful smile in Western Burkina Faso.

Inuit girl in Iqaluit, Canada’s northernmost city and capital of the Nunavut territory.

Children pictured at a UNICEF supported IDP site in Bossangoa. A welcoming smile in Moheli, Comoros.

40. Congo, Democratic Republic of the

Street musicians performing on Charles Bridge, Prague, for the tourists on a seriously cold November day. Playing on the beach in Dili, East Timor.

A very photogenic and cute Huaorani girl in Ecuador’s Amazon.

Smiling girl at the lake in Suchitoto, El Salvador.

Smiling girls at a water pump in Equatorial Guinea.

A pretty woman smiling at her store in Asmara, Eritrea.

French girl enjoys a cigarette in a Paris café.

A park ranger kisses his wife goodbye as he departs on a two week anti-poaching patrol in Gabon. Behind the smiles and beyond the two week separation, both of them understand the very real dangers as they say goodbye; over 1,000 rangers worldwide have lost their lives protecting wildlife and natural places in the last 10 years (WWF).

Fishermen in The Gambia, known as ‘the smiling coast’ for good reason.

Young lovers embrace after their engagement, on the streets of Berlin.

A young girl learns ‘The Macarena’ in Ekumfi Obidan, Ghana.

Four old-timers taking time-out from setting the world to rights in Vytina, Greece.

A Mayan weaver in Guatemala.

Young boy from a village in the Oio district, not far from the main town, Mansoa. Note the tears under his eyes, suggesting the smile may sadly be hiding something.

A queen of the Carnival of Flowers in Port-au-Prince, Haiti.

Kids having fun at the Tela Annual Celebrations, Honduras.

Identical twins János and István Lukács on their farm in Hungary. They lived in the same house they’d inhabited all of their lives.

This is Kiana Sotoudeh from Iran. When she posted this picture on flickr her message was ‘Hi,i am a persian girl from Iran and love all people of the world’. What a beautiful message and smile. Candid photo of an old woman writing in Jerusalem.

Candid of a beautiful Italian girl smiling in Turin.

A second grade boy from Christiana Primary School waves and flashes a brilliant smile while a team builds a new shelter nearby.

Juice and smiles in Osaka.

Pokot girl with a giant beaded necklace and a feather on her head.

A  young boy on a bike, Christmas Island, Kiribati.

2 young children smile with the Kuwait towers in the background.

Pretty young woman smiling on a bridge in Riga.

Perfect smiles all round at the Hollywood Smile dental clinic in Beirut, Lebanon.

A ‘herd boy’ is excited to attend the opening ceremony of a new herd boy school in Lesotho, Africa.

The alps, near Vaduz, Liechtenstein. 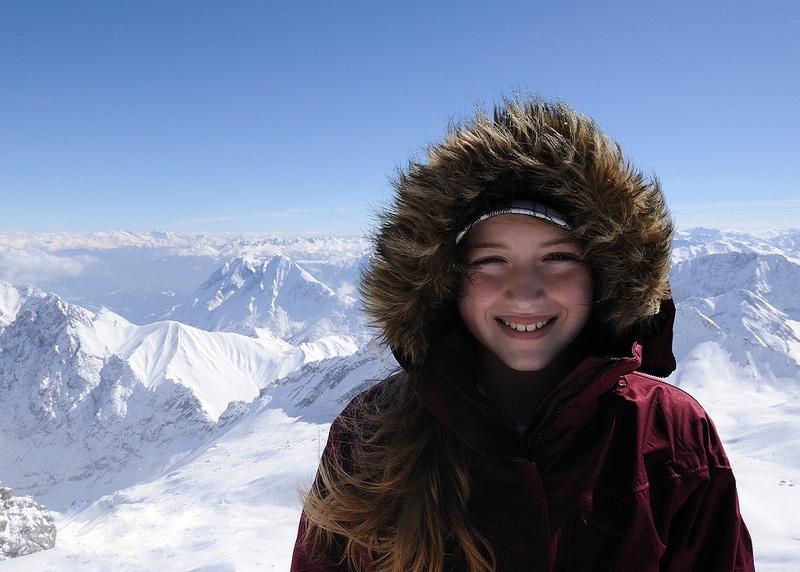 Teapots and jumping in Vilnius, Lithuania.

Passers by witness a wedding in Luxembourg.

Friends share a drink and a chat in Skopje, Macedonia.

A young girl smiles as she carries water from the lake near her village.

Tailor in the St. Georges area of Victoria, Gozo, Malta.

Marshallese are those with ancestry to the indigenous Micronesian people of the Marshall Islands located in the central Pacific Ocean. Girl smiles during her performance at the Saipan Flame Tree Festival. Smiling girl relaxing on a bench in Podgorica, Montenegro.

A very young shopkeeper in Morocco.

Osvaldo from Mozambique, on the playground (Save The Children).

A lovely couple selling roses by a Buddhist temple in Yangon.

Smiling Himba girl. The Himba are an indigenous people, native to Northern Namibia, with an estimated population of 50,000.

A child smiles, wearing a welcome to Phuket t-shirt in a derelict factory in Nauru. Once having the highest income per capita in the Pacific, Nauru’s economy and environment collapsed after decades of phosphate mining had been depleted (Greenpeace).

Alberto, the 82 year old hermit, who has been carving murals on a cliff for over 30 years in Nicaragua. A boy wearing his uncle’s cap in Lagos, Nigeria.

Taken in the livestock market in Nizwa, Oman.

Luis from the Colca Canyon, Peru.

2 young cousins pose for the camera in the Philippines. Polish students on a cold day in Warsaw.

Olja and Lisa from Moscow.

Girl selling tree tomatoes at a market in Rwanda.

148. Saint Vincent and the Grenadines

Hairdressers at a salon in Dakar, Senegal.

Gianni, a happy boat tour seller on the sland of Praslin in the Seychelles.

Thumbs up from the streets of Singapore.

Smiling on the streets of Bratislava, Slovakia.

The people of the Solomon Islands, East of Papua New Guinea have puzzled scientists for years with their unique dark hair skin and blonde hair. A recent genetic study found that the islanders have a ‘homegrown’ gene that gives them the blonde hair and is different from Europeans.

Refugee in one of the remotest areas of South Sudan (UNHCR).

Girl with amazing eyes and smile in the North of Spain.

4 students from the University of Colombo, Sri Lanka.

A warm handshake in Basel, Switzerland.

Girl with a beautiful smile in Taiwan.

Smiling Tunisian woman in the Medina.

A tired smile in the city where East meets West, Istanbul. Women listening to an MP3 player over coffee in Dubai.

A friendly smile during the Notting Hill carnival, London.

Big smiles at a market in Uzbekistan.


Thanks for stopping by. Please share these smiles with your friends.