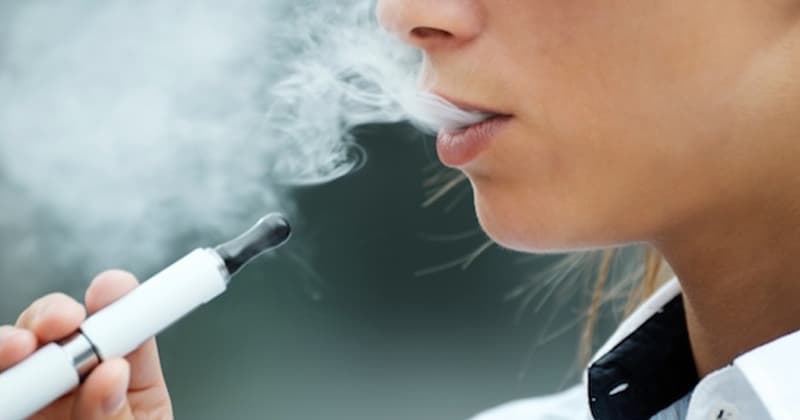 While traditional tobacco use among teenagers is at an all-time low. Electronic cigarette use by this demographic has skyrocketed. It is estimated e-cigarette revenues will surpass traditional cigarette sales by 2025.
Teens have seen an 800% increase in e-cigarette adoption from 2011 to 2014, with 2.6M middle and high school aged students using e-cigarettes.
What is causing the growth?
Many experts have pinned it down to increased ad expenditure from major vaping brands. In 2014, 7 in 10 teens were exposed to some form of e-cigarette advertisement. The most common channels for exposure are internet sites, retail stores and TV commercials.
Outside of advertising, public misconception is also a major driving factor behind the increased adoption. For example, many people are led to believe “e-cigarettes don’t have nicotine”. When, in fact, almost all e-cigarettes contain an addictive liquid nicotine substance.
There are also many potential health issues, including:

…and more.
Newer research is starting to link e-cigarette use to more serious health problems. But, you never hear about this in the media. Teens are led to believe vaping is a healthier, cooler alternative to the traditional cancer stick.
So, what are parents to do?
The team at Rawhide Boys Ranch have put together the infographic below.